Scale of the Day: A Phrygian no 4

The A Phrygian no 4 Scale as one would find it on any conventionally tuned, equal tempered instrument.
Posted by Unknown at 3:29 AM 2 comments:

Some thoughtful posts that are well worth noting from around the 'sphere: 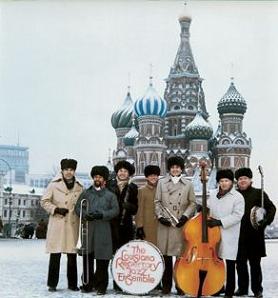 Dave Douglas writes about Post (Vietnam) War Music. There is this pervasive sense that the 1980's ushered in a conservatism that betrayed the expressive advances gained during the previous two decades. And Douglas nails it when he refers to the music of the past forty years as the "decades that Ken Burns can't handle." I have to read the Philip Jenkins book that spurred this train of thought for this musician that continues to impress me with his music and thought.

I think that this observation of a cultural reluctance to understand and celebrate the jazz and "post classical" music from the past 40 years ties into the same sense of loss I feel for this "post manifesto era." Music and film is so often reduced to a language of economic barometer. What's at the top of the sales charts? What pulled in the highest weekend gross? This kind of language creates an illusion of discussing art without actually addressing content in any meaningful way. The fact that "nobody listens to that" has become an accepted currency for dismissing broad genres of works speaks volumes about a herd mentality devoid of introspective nuance. The fact that something sold several million copies over the past week says nothing at all about what it actually sounds like. It doesn't even directly address why such a thing had recently struck a cultural nerve. It's a wonder that language for discussing substance even exists at all. And this is the sad legacy of the 1980's that remains: that "Reagan's America" ushered in a narrowing of discourse and understanding that places value on commodity and "economic viability" to the exclusion of intellectual curiosity and intangible spiritual qualities that continually drive creative progress. 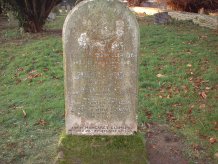 John "uTopian" Shaw contemplates songs for funerals. I put some of my own ideas on the subject in the comments. It's a good post that keeps me thinking of the profound qualities that emerge from such a solemn punctuation at the end of a life lived.

-------------
Bachelardette has a brief comment on New York City's supposed lack of national monuments or icons. Apparently this "lack" has translated into a 40% slash in anti-terrorism funding. W 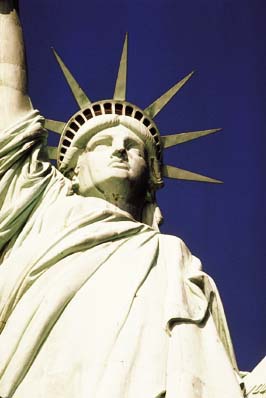 e all know that the federal government is broke. But that's a pretty lame excuse for spending less money it doesn't have. This one sounds like a big "bring it on" with a bull's eye painted on the Statue of Liberty, Empire State Building, Lincoln Center, the U.N., the Met, Yankee Stadium, Shea Stadium, Penn Station, Central Park, the Guggenheim, MoMA, etc. Or, given the heat the ruling party has taken on immigration recently, they're secretly hoping that someone will attack Ellis Island. How much funding is being "wasted" on cities that haven't actually sustained a terrorist incident of any kind? Did the rhetoric switch from "they hate our freedoms" to "they hate our national monuments and icons?" Are there any adults left at the policy table?

--------------
The incredibly entertaining Batgirl argues that Chairman Mauer deserves all-star votes. I have to agree. With 113.9 Win Percentage Accumulation for the season he is the most productive player the Twins have. His line at Fangraphs reads like this:

Posted by Unknown at 2:30 AM No comments: 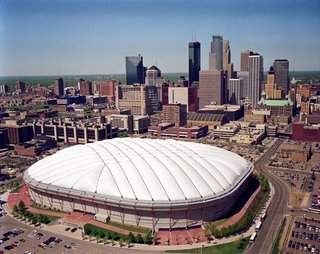 One of the bigger surprises this season is that it's June 2nd and the Detroit Tigers are in first place. One of the sad realities is that the Kansas City Royals are once again terrible and threatening to compile another 100+ loss season. Let's take a look at what the Pythagorean Win Projections convey about how these five teams have been playing so far.

I find these projections surprising for a number of reasons. According to these projections the standings should remain unchanged between now and the end of the season. It also indicates that with the exception of the Royals, each team is winning just slightly better than what this formula would indicate. But it also tells me that the Detroit Tigers are actually playing well enough to be a contending team. I really didn't expect that. I'd assumed they'd been lucky to this point. That 100-62 projected record has the familiar ring of those 1969 Miracle Mets. I wouldn't have bet on the Tigers at the start of the season after their recent losing seasons. Not unlike that 1969 New York team. I actually think that the White Sox have a better lineup and pitching rotation. But those Tigers are just playing better as a team. I'll have to check up on this division deeper into this season to see if these clubs are still performing at this level.
Posted by Unknown at 1:40 AM 1 comment: 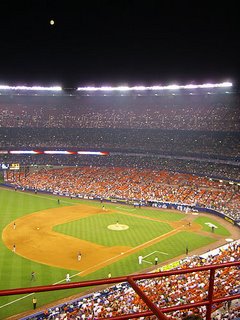 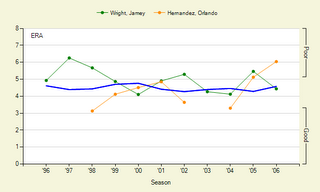 El Duque plays for the Mets now and I think the change of scenery should do wonders for his ERA. He's certainly enjoyed success with that "other" New York club and was also part of last year's White Sox championship season. He knows how to win and it's good to see him back in the starter role. 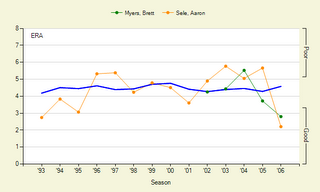 Is this the same Aaron Sele we've seen in past years. His hot start seems way out of character and I'm waiting to see if reality catches up to him. Even with that incredible 2001 Mariners run he came crashing down to Earth hard in that postseason. Likewise, Myers is also either putting up some career numbers or due for a major correction. This particularly game could be a reality check for one of these starters. 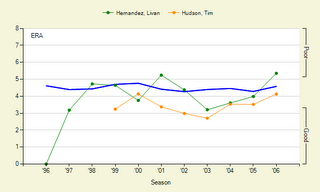 Livan has been the workhorse of the National League as he logs in more innings of work than anybody. He'll be up against a tough competitor in Tim Hudson. But these veterans are also declining somewhat so I expect the offense to be a particularly important factor in this game.
Posted by Unknown at 1:06 AM No comments:

Scale of the Day: D Sharp Locrian no 4

The D Sharp Locrian no 4 Scale as one would find it on any conventionally tuned, equal tempered instrument.
Posted by Unknown at 3:48 AM No comments:

Scale of the Day: G Lydian mapped to the Square-root-of-2

The G Lydian mapped to the Square-root-of-2 Scale.
Posted by Unknown at 3:18 AM No comments: