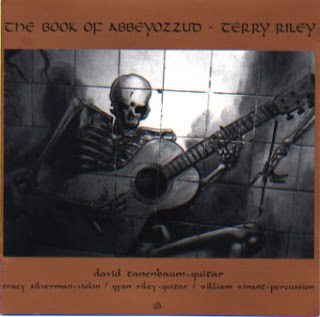 The amazing thing isn't that each Terry Riley record is its own, unique oddity as much as the unpredictable way each one has its own quirks.  Here we have the music of Terry Riley in the hands of extremely capable classical guitarists who play from deep inside this music.  Not to mention a resonating reason to mourn the passing of the New Albion label and its track record for documenting such incredible corridors of American composed music.  It's arrangements such as these that make the argument for re-evaluating Terry Riley's music for generations to come.  It endures.  And this disc is aging rather agreeably. 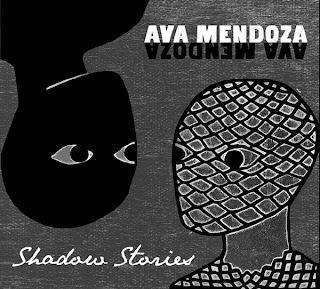 A couple of things jump out when listening to Ava Mendoza's excellent Shadow Stories.  First there is this wonderfully elastic sense of time that stretches melodic materials across ever-shifting sonic surfaces (often with the help of some creative processing) that knows when to shatter a groove or when to snap into an unerring sense of swing.  The second is the remarkably fresh set of ears being brought to bear on this wonderful re-invention of the blues.  The intimacy of the performer and her sound is ever present even as she carves out expansive territories of raw sonic material.  The range of flights through relatively contained, composed materials and free improvisation gives this music its lungs and breath.  This is clearly an opening salvo from a significant talent. 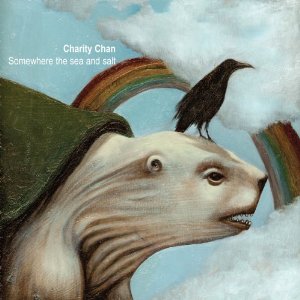 Though transformed, the timbre of piano is never obscured in these explorations of the physical qualities of coiled strings, felt hammers and keyboard.  The acoustic presence of the instrument's body takes on a luminous role as the timbre field expands to reveal the sonic expanse of its interior explorations.  The "objects" skillfully draw out further resonant qualities of the instrument they are applied to.  Also contributing to the longer expression contained within Somewhere the sea and salt is the balance of improvisation informed by the history of innovation in solo, composed piano music.  The strummed strings of "J'ai manque son depart" reminding these ears of Henry Cowell's "Aeolian Harp" as a whisper of inspiration.  Yet this is music that breathes.  The vibrations of strings through striking and frictions is never far from the pulse and heartbeat of this music's energetic performer and composer.  Each gesture is carved out and carefully exposed without a hint of indulgence.  Indulgence is left to the listener.
Posted by Unknown at 12:34 PM No comments: Links to this post