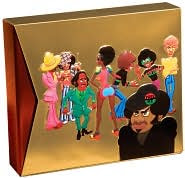 When I was a student it was clearly fashionable within the academic set to revere the music of Miles Davis while exempting everything he recorded after the 1960s.  The dictates of this fashion required that people run a sharp scalpel along anything that was "plugged in" and "funky" as if it were an unfortunate aberration.  This opinion was still expressed at the time accolades and tributes were piled on at the passing of Miles Davis.  But there was this one DJ in Toronto who bucked this sentiment ever so slightly by stating that his aversion to the funk and fusion era Miles Davis was entirely his loss and not formed by a sense of that music being "inferior."  As my ears have steadily absorbed the decades of musical output from the staggering genius of Miles Davis I have concluded that no such separation is called for.  A willful "deaf spot" to any era of his music is a dishonest denial of the complete artistic arc that we are left with.  While these On the Corner sessions are a sprawling soup, they are a delicious sprawling soup.  The energy and texture of this music is enormously attractive in ways that are completely different from the bop, and Kind of Blue eras.  Yet there is that distinctive sense of musicianship that unifies this music with the greatness of those earlier sounds.  This is the sound that gave rise to so much that followed in its wake.  Some of the movements and styles that followed have aged well and some have not.  But On the Corner retains a timeless beauty that transcends its warts.  This box set has become something I look forward to each time it comes up in the rotation. 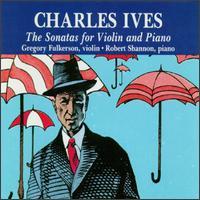 
An artful and dedicated set of interpretations of these incredibly significant works for violin and piano.  The often dense threads of hymns woven into a fabric that frequently threatens to unravel within these re-imaginings.  "I Need Thee Every Hour" nearly always catches me off guard as it sneaks into the final movement of Sonata No. 3 with chilling effect.  A hymn that also haunts my own memories more than a few generations removed from Ives' New England.  The fact that these pieces will only become more celebrated and more ingrained as a high achievement within the repertoire becomes increasingly obvious each time one take the time to listen.  Gregory Fulkerson and Robert Shannon have set a high standard for bringing clarity to these complex montages of Ivesian memories. 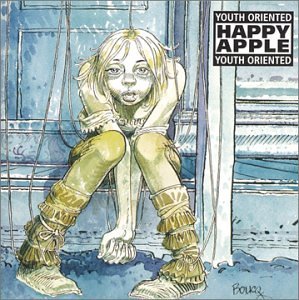 This is one example of music that has taken root and thrived from the soil of On the Corner.  One of its tastier fruits as this is a funk-heavy jazz record with substantial staying power.  David King's drumming is a particularly strong draw here as this trio brings the same level of polish of his more famous trio; The Bad Plus.  But then the ears are pulled into the considerable gravity of Michael Lewis on saxophone and his ability to carve out spaces within this texture that alternate between foreground and background with equal shimmer.  Within that texture is Erik Fratzke's electric bass anchoring this sound with all the sophistication of a Michael Henderson (from On the Corner) with an updated sense of production.  Youth Oriented is a forceful example of a groove-oriented sound that never falls into an open-ended jam.  Each piece explores its own textural terrain with a healthy sense of variation.
Posted by Unknown at 4:47 PM No comments: Links to this post

James Falzone - Music Through Other Lenses

My profile piece on James Falzone is posted over at New Music Box over here.
Posted by Unknown at 11:55 AM No comments: Links to this post 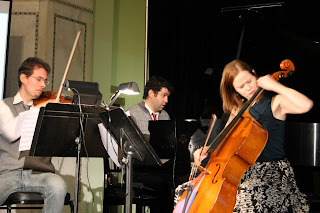 My New Music Box column about a recent 5th House Ensemble performance is here.
Posted by Unknown at 11:54 AM No comments: Links to this post 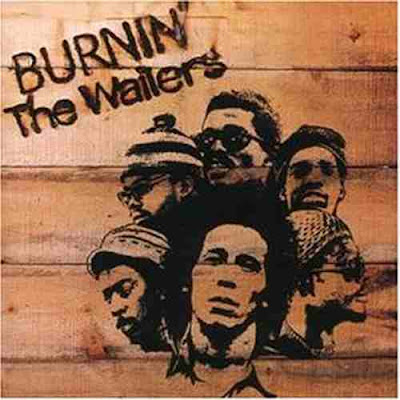 For some reason, this timeless classic sounds even better on vinyl. "Get Up, Stand Up" is an incredibly important song that captures both the moment of rising up against injustice with determination and the inevitable sense of victory of being on the right side of history. A song that speaks to oppression of 1973 (the year of its release) and the current age of the Arab Spring and the Occupy Movement. Not to mention the slow and steady victories toward realizing equality for people regardless of race, gender and orientation. It's the song I hear in my head almost involuntarily whenever social justice wins out. That's a transcendent quality few songs achieve. And then there's "I Shot the Sheriff" and the extensive life that song has taken on. And to my ears, "Pass It On" has an earnest, faith affirming quality that lingers with equal force. It's relatively easy to look backward from this perch in the early twenty-first century and acknowledge the significance of this record. It made the Library of Congress' National Recording Registry in 2007 and its resonance is still ringing clear. 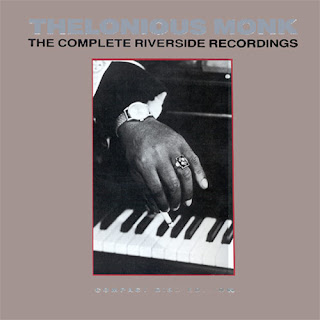 Much of this disc presents Thelonious Monk, alone at the piano at the recording studio. Multiple takes of his own tunes reveal the composer working through new pieces at a time before they were enshrined as standards. There's seven takes and nearly a half hour of "'Round Midnight" with many false starts as Monk finds his way into the heart of one of his most beloved tunes. As startling as it is to hear the composer feeling his way around this great standard, it's even more surprising to hear him get there so completely on the final take. It's a revelation of process that recordings rarely reveal so starkly. The final takes of "Monk's Mood" bring in John Coltrane and Wilbur Ware for another dose of what this music sounded like at its Genesis. This particular disc is a wild ride that spans a wide range of "wrong notes" made right and jazz history changing course along the way. 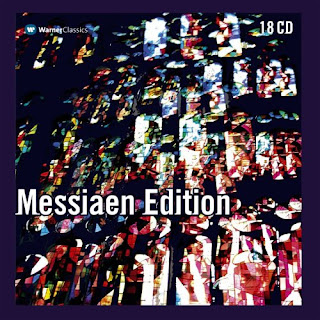 Marie-Claire Alain: organ
Several things stand out on this focused recording of these early organ works of Olivier Messiaen. First is the outstanding interpretation given to this music by Marie-Claire Alain. The dynamic range and evocative passion of this music is laid bare in this performance. Next is the outstanding sound of the organ of the Hofkirche in Lucerne as well as the quality of the recording from this setting. These elements speak to a sense of care and consideration for this session that these ears appreciate. I can only wish that the online database for this disc (as referenced by iTunes) exhibited a similar care in noting that these pieces were composed by Olivier Messiaen as opposed to "Messiaen Oliver." But then listeners of classical works within the iTunes environment are no strangers to having everything labeled as "songs" and track information riddled with the errors of philistines. Puncturing the air with the exquisite sound of La Nativite du Seigneur does more than make up for the annoyances of twenty-first century life. This music is clearly from the twentieth century while still maintaining its liturgical roots. Harmonically and rhythmically engaging while still indulging in an expressiveness that doesn't fall into the chasm of Romantic indulgences.
Posted by Unknown at 2:39 PM No comments: Links to this post