Changing Perspectives on the Left Coast 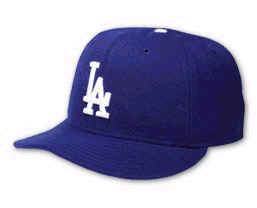 Settling in to the gravitational pull of Southern California.

Up here in the HurdAudio neck of the woods John Shaw keeps a pitch-perfect blog: uTopianTurtleTop where he routinely posts great insights about music and other topics. It's become clear that this town just isn't big enough for two music blogs such as ours...

I've always been a big fan of the Bay Area. It's a culturally significant outpost on the Left Coast with two Amoebas, Michael Tilson Thomas and the astounding new music traditions of Mills College. It's also home to several excellent music blogs: Robert Gable's Aworks, Heather's In The Wings, The Standing Room (Singing and Parking in San Francisco) and Patricia Emerson Mitchell's OboeInsight just to name a few. Not finding much oxygen left for yet another music blog HurdAudio keeps tripping further south along the Left Coast.

The City of Angels is home to the Paul Bailey Ensemble and Bailey's because they are dead blog. There also happens to be an Amoeba in Hollywood. Operating on the theory that any town that can support two major league baseball teams can also sustain two music blogs HurdAudio is relocating its base of operations. I strongly encourage checking out the audio posted at the PBE site. Paul Bailey is clearly working hard to realize his creative vision and I look forward to checking out a live show in the near future.

Other than being bullied out of town by John Shaw (who has actually been kind in our email exchanges and generous in linking back here) I'm also pursuing a professional opportunity that I'm excited about.

And while I'm linking to such fine music souls I should respond to composer and piano tuner Forrest Covington's post at The Muse at Sunset. These microtonal scales of "Scale of the Day" (which should return to daily installments once I get this move over with) are a particular obsession of mine. Audio samples are in the works and will soon be added.
Posted by Unknown at 7:42 AM 1 comment: Links to this post 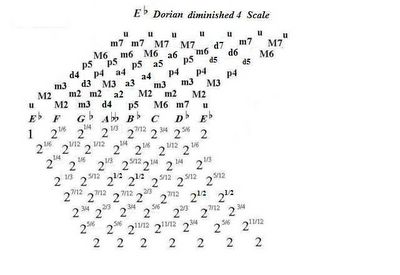 The intervallic content of the E Flat Dorian diminished 4 Scale.

Posted by Unknown at 6:52 PM No comments: Links to this post 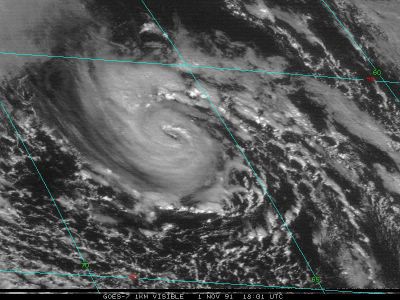 Life storms are gathering and threatening to take HurdAudio on a wild ride for the month of April. After the great experience of Black History Month blogging and Women's History Month blogging I'll be taking a bit of a break and keeping things pretty light over here until I weather this insane month ahead. HurdAudio will soon return to full volume "Scale of the Day and other musical observations." Thanks for all the positive feedback over these past couple months. Please peruse the links on the side of the page.
Posted by Unknown at 11:57 PM No comments: Links to this post

Posted by Unknown at 11:28 AM No comments: Links to this post