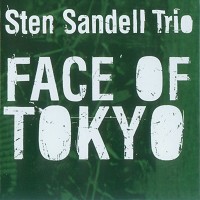 Sten Sandell is a pianist who knows how to touch upon the extremes of free improvisation.  The extremes of density, the extremes of register and the extremity of duration with a disc that features two long pieces.  The fact that his cohorts of Paal Nilssen-Love on drums and Johan Berthling on bass understand this sensibility adds to an improvised set that skillfully uses extremes to paint contrasts.  The severity of the sparse opening allows one to hear enormous detail in the smallest gestures.  And more importantly, hear these details through the ears of these performers as they respond to these same textures.  The volcanic eruption that builds out of this opening makes for a study in what makes free improvisation so compelling in the hands and ears of such masters.

The chronological sequencing of these three works is hardly a coincidence as this set makes the progression of Stefan Wolpe's piano writing into a kind of focal point.  The "March and Variations" being a relatively tame, but astonishingly detailed piece for two pianos that establishes Wolpe's approach toward thematic development.  This carries forward into the "Enactments for Three Pianos" where he is applying a decidedly different method for ordering notes.  This is a Hat Hut recording, so the performance is crisp and the production values are top notch.  Perhaps the best possible introduction to the Wolpe piano sound and a clear statement that even his most dense textures are never opaque when given a disciplined performance like this one. 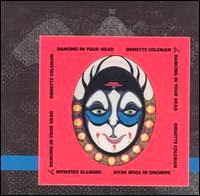 This is how free jazz does the extended 7-inch single.  Two long takes on the insanely hooky "Theme from a Symphony" followed by two radio-friendly duration takes on "Midnight Sunrise" giving just a taste of Ornette's work with the Master Musicians of Jajouka.  This disc marked the first recorded outing of Prime Time, even if it isn't exactly credited as such.  The blend of harmolodics, funk and poly-tonal abandon makes for something worth coming back for time and again.  This is Ornette along a very interesting part of his artistic evolution along with a dose of fun.  For all his fierce, philosophy-driven improvisation Ornette is a blues man at heart who knows a thing or two about fashioning a riff.  And "Midnight Sunrise" gives evidence of how Ornette's sound fit within a global milieu.
Posted by Unknown at 7:50 PM No comments: