Finding Peace at the Fulcrum Point

My review of Fulcrum Point New Music Project's 9/11 concert is posted here.
Posted by Unknown at 7:33 PM No comments: Links to this post

Email ThisBlogThis!Share to TwitterShare to FacebookShare to Pinterest
Labels: concerts

HurdAudio Rotation: At the Feast of Circumcision 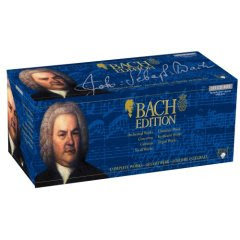 Herr Gott, dich loben wir apparently translates to "At the Feast of Circumcision." Perhaps it's just me. But that's one feast I'd politely decline.

Sonically, and compositionally, the Cantatas are the most immediately appealing of Bach's output. Surprising given my general ambivalence toward vocal writing. Somehow the timbral variety of the different voices and instruments helps lay bare the contrapuntal framework that makes Bach's music such a wellspring for the centuries of music that has followed in its wake. And any music that influences music for that span of time is difficult to ignore and even more difficult to hear without mentally referencing clear markers for things that came later. These cantatas have the added advantage of being flat out beautiful as well as beautifully interpreted on this collection. 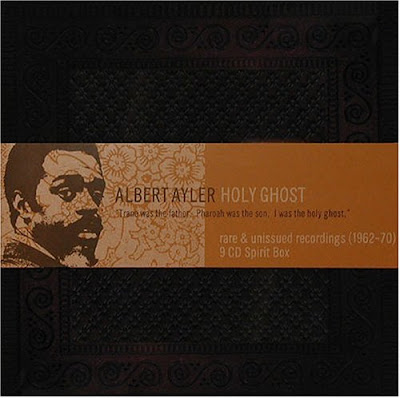 A talkative Albert Ayler discussing his energy music and his desire to concertize it in what would sadly become one of the last interviews of his life. One can only wonder what paths he would have sorted out from this particular trajectory of his career. This was a period when Ayler had hit some creative dead ends and was actively sorting out his next moves and I have to believe that the sincerity of his approach would have taken directions that are impossible to imagine now. Ayler was a force extinguished far too early. 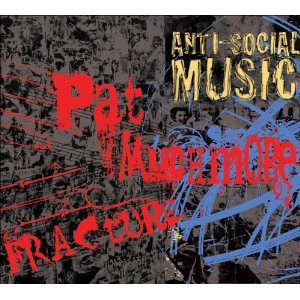 Anti-Social Music is both a new music collective and an unsubtle nod toward the inclination (and appeal) of writing music that pushes back at the listener. Who wouldn't be proud to write something that leaves sonic skid marks all over polite society? Pat Muchmore writes a music that slices along multiple stylistic conventions until it leaves scars all along the ear canal. The titles are often uncomfortable: "shitfuckcumbastard," "[-=]..seftâürdsöikt-spfhâèrrseist-sepfthâüèrdrsöeikst," or "Θ∑(PortRait_7,__NY06)" are not the most radio friendly names. Then there is the sounds behind those names. Generous bits of accordion solo, segments of delicacy slapped against segments of brutal aggression, dynamic extremes that leave one straining or recoiling and constant, jarring changes - both with and without transitions. Yet the thing that holds all of this music together is how deliberate all of this is. It doesn't hurt that these purposefully beautiful/ugly sounds are so expertly performed and realized. The ensemble never flinches. Thus allowing for abrasive nods toward "easy listening" before tearing the texture to shreds. These pieces unfold with serious intent. This music requires enormous concentration from both the performer and the listener before unlocking the relentless humor behind it all. Possibly the most pleasant migraine I've had the pleasure of listening to. I can't wait to put it on for my next dinner party.
Posted by Unknown at 10:03 PM No comments: Links to this post

Read about them here.

Having been a long time reader of New Music Box, it's a pleasure to have a column there.
Posted by Unknown at 8:33 PM No comments: Links to this post 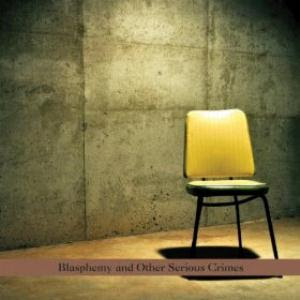 Chances are you won't realize how starved your ears are for klezmer metal before putting on a dose of Blasphemy and Other Serious Crimes. An alliance that is truly unholy. A hybrid that plies equal respect to the metal and the klezmer without sacrificing the irreverence that animates this set. There's nothing flashy or kitsch about Pitom's approach to this music as they ply more than enough musical chops to pull this material off. Soaring violin solos over a driving beat never sounded more natural. The only question is where does one turn once Blasphemy and Other Serious Crimes exposes one's addiction to this klez-core? The ears eagerly await more from this band as they develop this rich sound. 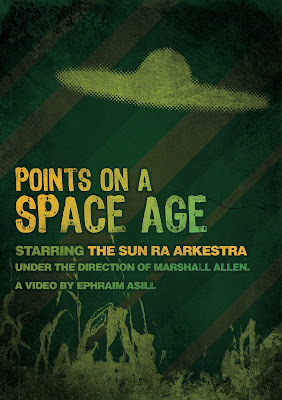 A glimpse into an optimistic tomorrow that continues to reverberate even as the future rushes forward with indifference. Cut together with NASA footage, the Marshall Allen incarnation of the Arkestra as it exists in this day, President John F. Kennedy's soaring speech about the dawning space age, the poetry of Sun Ra as read by Ephriaim Asili and interviews with members of the present day Arkestra. The physical absence of Sun Ra sets the tone for this short presentation. The love of his music and vision by those who carry forward with the realization that he (and they) may never receive their due before their final chapter is written. The devotion is other worldly. The gentle persistence of this art should be enough in a perfect world. But this world was never enough for those who know the ways of Saturn. Just as the Presidential vision of space travel "to the ends of this solar system and beyond" recedes into a more distant place. This is a music that calls for an idealism that breaks our own petty borders and terrestrial concerns. 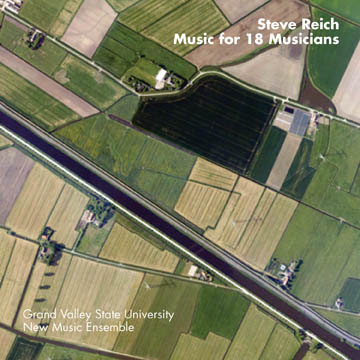 Music for 18 Musicians has become a canonical work in that aficionados now have multiple recordings of different performances to obsess about in the same way Mahler fans can pick apart and debate the various recordings of his symphonic works. Sonically it makes sense that Music for 18 Musicians would soar toward a such a status with the way it singularly defined and propelled much of Steve Reich's instrumental music writing that followed. One would be hard pressed to do better than the spirited and faithful rendering from the Grand Valley State University as it is beautifully recorded on this release. It's an ensemble work that weaves together an attractive tapestry from individual threads that rarely puncture the foreground as individual players. Over the past year I have heard this piece performed live twice and anticipate a bright future with stages full of pianos and marimbas as further generations of performers discover this amazing work.
Posted by Unknown at 8:59 PM No comments: Links to this post