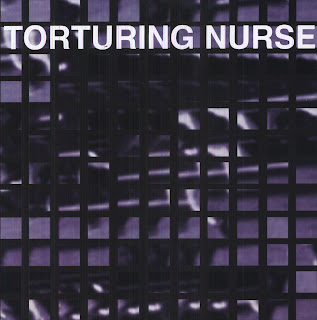 Even with an aesthetic bent toward sonic extremes and a willingness to plunge into saturated textures, noise music is actually about restraint and a deliberate sense of how one manages sonic density over time.  With this split release from Shanghai's Torturing Nurse and Chicago's Vertonen the ears are presented with two different takes on restraint versus saturation as a means of shaping form.

"txnxtxnxt" is a crafted sonic canvas that systematically adds new sonic sources and ideas with a deliberate effort to avoid thick layering of materials.  Leaving an interaction between two performers that is startling in its ability to allow new materials to bubble up into the foreground.  The constant sense that the textures of "txnxtxnxt" could come unhinged at any moment and give into the waves of harsh noise constantly hinted at around the edges adds a delicious tension to the piece as a whole.

"Allegiance Variance" takes more of an installation object approach to noise.  Short movements strung together, each offering up a sound logic that is set in motion and allowed to run itself out.  It becomes a measured study of noise materials and the nature of drones and mechanical devices artfully mixed and realized.  This is mechanics with a pulse and a sense of shading and perspective. 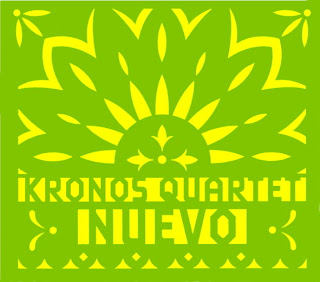 At some point, Kronos Quartet releases became concept albums.  Which follows a certain logic as the string quartet that pioneered its identity as a chamber ensemble dedicated to contemporary works it soon broke that particular "niche" wide open.  And at some point Kronos Quartet releases broke loose from the confines of "string quartet" music in the formal sense and exploded into an expressive playlist that happens to involve the members of the quartet.  Here the sonic journey is unified by an exploration of the cultural vibrations of Mexico.  At times augmented by percussionists, voice and pre-rendered electronics, this is a rich sampling of the musical contours of Mexican culture.  And much to Kronos' credit, it is a vibrant mix of traditions both established and in flux.  But more than a sampler, this is a journey and a concept album that follows its own arc.  The vocals on El Llorar are astounding.  And the true gem of this collection is the riveting Silvestre Revueltas Sensemaya in the middle of the set.  The Cafe Tacuba collaboration loses me to a certain extent as a sequence of ideas of variable quality that don't always hang together for my ears.  The exuberant Plankton Man mix at the end ties everything back together to conclude the experience.  The focus on arrangements of music from various portions of Mexico's high and low-brow cultures almost leaves me wishing for string quartet compositions by Mexican composers.  But the sonic integrity of this experience snuffs out that fleeting criticism.  If anything, it's the brevity of these fleeting experiences that leave the ears breathless from so much breadth of experience without the satisfaction of depth.  Many of these pieces could stand to go longer at the risk of puncturing the pacing of the overall concept album.  But that is perhaps the takeaway of Nuevo.  As it serves as kindling for the curious to dig deeper into this realm.

The music of the Romantic Era - particularly the late Romantic Era - leaves these ears cold with its excesses.  Music that emotes (and emotes, and emotes) through long-winded chromaticism and a tonal language that sounds dated feels about as remote as music can get.  Richard Strauss is often the exception, with traces of modernism creeping into his sound and helping to usher in the much more agreeable modern era.  Yet his tone poems possess very little that can be regarded as anything other than squarely Romantic.  And yet it simply blows this listener away.  This is not a sentimental attachment to this music (it was never part of my formative experience).  This is an appreciation of raw orchestration.  And an admiration of Strauss's ability to write music that was about something.  There's no abstraction here.  Eine Alpensinfonie is about the majestic Alps complete with stormy weather and breath taking altitude.  The Festliches Praludium strikes an irresistible majesty with its combination of pipe organ and orchestra.  Also sprach Zarathustra is a genuinely great orchestral work.  These Karl Bohm versions are a true indulgence and a reminder that not all Late Romantic works were over-indulgent.  Some hit the high marks that they aimed for.
Posted by Unknown at 12:16 AM 3 comments: Links to this post