HurdAudio Rotation: The Physics of Angels 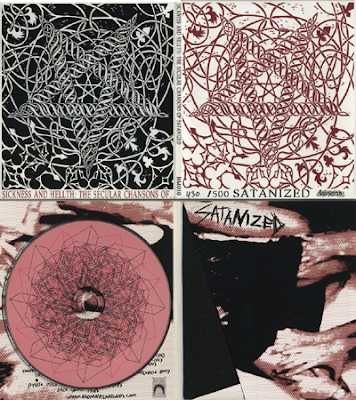 Satanized has a sound that could convince the devil to take up residence in Philadelphia. Which would be a local move given its proximity to New Jersey. In Sickness and Hellth is a twenty minute burst of face ripping tracks complete with screaming, distortion and screaming distortion. All of it entirely therapeutic and sonically necessary as a counterbalance for all that is calculated to be "nice." And in the case of "Purple Pickle" it even flirts with clever hookiness. Put this on to cleanse the mind of those unhellthy thoughts. 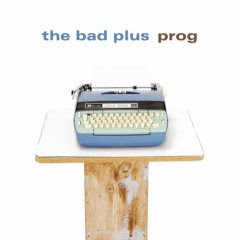 The Bad Plus bring a lot of polish to their arrangements, their performances and especially to their choice of pieces and sequencing. Each aspect of The Bad Plus is a near flawless gem that manages to maintain an immediacy. A piano trio that pays homage to the deep history of jazz piano trios while at the same time putting moving a long distance from any kind of stuffy, museum-like reverence for the music. Mixing in covers of music by Tears for Fears, David Bowie, Rush and Burt Bacharach, The Bad Plus draw upon a familiarity while lurching toward something deeply original. And it is the original compositions that absolutely soar as their ideas are free from the tethers of song form and familiar hooks. Reid Anderson's "Physical Cities" in particular gives an acoustic twist to the pounding rhythmic propulsion of metal. And Ethan Iverson proves again and again that it is possible to play melodic lines in octaves without inviting the "elevator music" vibe. The Bad Plus strives to be contemporary, vibrant and relevant and they succeed incredibly on every front.

This recording captures these two improvisers at such interesting trajectories in their respective creative voices. Roscoe Mitchell is completely at the top of his game while Matthew Shipp is at an early stage in developing his distinctive voice on the piano. Ultimately, 2-Z is a study in densities from a duo that expertly mines the extremes. It is the transitions and the journey between thick and thin that gives this session longevity.
Posted by Unknown at 6:36 PM No comments: Links to this post

HurdAudio Rotation: Out of the Night 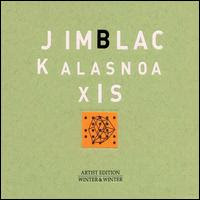 When experienced as a live performer, Jim Black is a kinetic, out-of-the-box drummer who rewards one's visual sensibilities with a glimpse at how he gets so many different sounds with his props and drum kit. Much of that same frenetic energy is present on recording with the additional mystery to exactly what techniques he is applying at any given time. With Alasnoaxis that same, barely controlled energy makes its way into the electric guitar and bass parts. As Skuli Sverrisson might simply carve out a groove over the top of Hilmar Jensson's noise beds. All while Jim Black deliberately speeds up or slows down the overall tempo. Given all the creative elements and unexpected turns of this music, Alasnoaxis is a surprisingly structured set. Short pieces with plenty of pre-composed materials and several melodic turns. This is an incredibly rewarding listen on many levels. 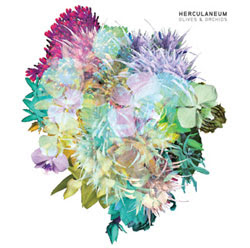 Every self respecting urban center needs a band like Herculaneum that can throw down the beat and keep things in a groove. With Chicago there is the additional heft of jazz players with deep chops. Bringing on the difficult balance of keeping things fun and keeping things deep at the same time. Cut into a slab of green vinyl, Olives and Orchids is a DIY feast of groove heavy arranging with plenty of variation to keep things fresh. Impressive arrangements abound and this band never loses its forward momentum. The bass line from "Black Cloud" promises to keep running through my mind well after the needle leaves the groove. 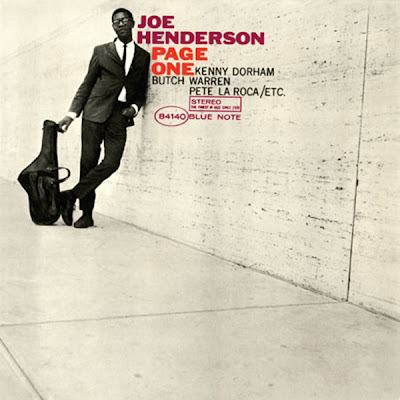 Recordings from an era when this music was at its most resonant and alive. Long before this sound became relegated to lounge acts. A sonic glimpse into the compositional originality of Kenny Dorham and Joe Henderson as tune smiths. Page One is strong evidence of why this sound continues to be so resonant over the decades. And "Blue Bossa" makes the case for Dorham as a true original as composer and arranger. It's records like this that make the Blue Note back catalog so intimidating and a sonic joy to wrap the ears within.
Posted by Unknown at 10:40 AM No comments: Links to this post 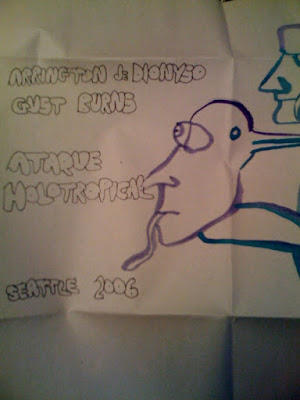 Arrington de Dionyso and Gust Burns launch themselves into a free improvisation based primitivism that allows frenetic eddies to form around singular gestures before bolting off toward other sonic currents. Arrington allows his heart and gut to pour through his bass clarinet without impediment from intellect. Though intellectual currents do run strong through this physically demanding set. Gust Burns allows for rhythmic, often predominantly percussive playing for extended periods of time as he explores textures that both compliment and act as a foil for de Dionyso's excesses. Though he is often at his best with blurs of sound that form a rich harmonic canvas. 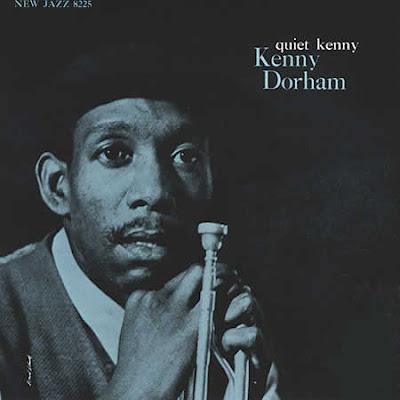 Quiet Kenny for the gentle soul who was never brash with his hard bop trumpet skills. A style of music and an instrument known for drawing out the over-the-top showman, Kenny Dorham delivers devastating performances through restraint, calm focus and an unbelievable tone. This is one of the greats from the jazz tradition that simply deserves more awe. And certainly deserves more focused listening to discover the unerring logic behind each of his improvisations. His is clearly the mind of a great arranger. It doesn't hurt that Quiet Kenny includes a quartet of legends. The feel of Tommy Flanagan's piano playing combined with the luminaries of Paul Chambers and Arthur Taylor is evidence of Dorham's taste in bringing equals to the recording session. 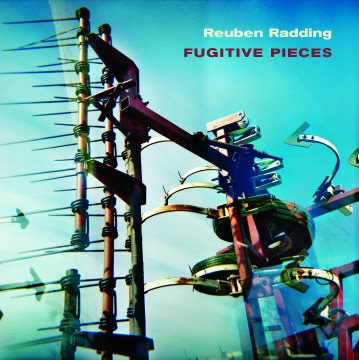 Listening is an exercise in memory and the ability to focus on the present moment in the face of memory. Fugitive Pieces has been an exercise in long term memory. In my mind, I had remembered this disc as a textural exercise with frictions and extended techniques that completely obscured the instruments contributing to these stark textures. This time through Fugitive Pieces that obfuscation was completely gone. The individual instruments appear in the soundscape with remarkable clarity. My increased familiarity with the individual players contributing to an ease at recognizing the improvised contributions to these austere sonic landscapes. An otherworldly sound that embodies the overwhelming beauty and grandeur of a windswept desert or slowly melting glacier. A sound imbued with humanity even as it operates on an almost geologic scale. In the end, the memory comes out stronger from focusing on this sound as I look forward to how my next encounter with this music will strike me.
Posted by Unknown at 3:44 PM No comments: Links to this post 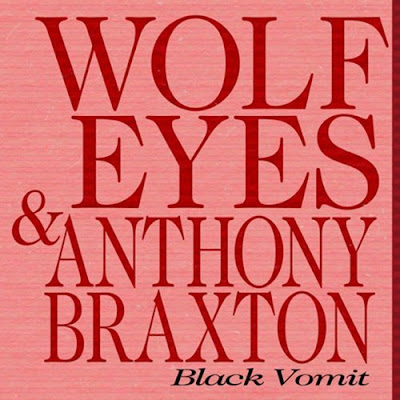 Anthony Braxton's open embrace of both the "friendly experiencer" and the "friendly practitioner" finds a startling kinship with the noise artists of Wolf Eyes. Who in turn recognize a kindred sonic artist in Anthony Braxton. While the musical territory is frequently dark and prone to a language of amplified harshness, there is a striking common ground explored here. Wolf Eyes and Anthony Braxton both share an uncanny sense of formal shape. The noise exploits here are only an arrival from a journey through surprisingly delicate textures. Ultimately, this too-short set states a powerful argument for creativity that transcends stylistic barriers. 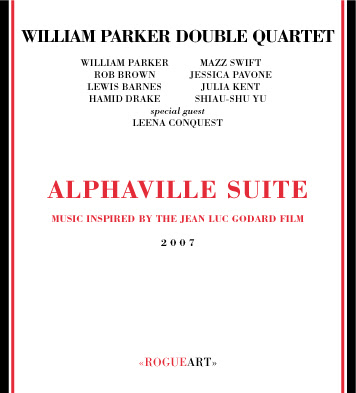 A composed jazz suite inspired by the dystopian story put on screen by Jean Luc Godard. A soundtrack composed and performed more than forty years after its cinematic inspiration. Pointing toward a strong artistic tendon that flexes over large swaths of time. Oblivious to the marketing machine limited to the present and its disposable fare. The two "Natasha's Theme," which feature Leena Conquest on vocals, are fleeting, hook heavy songs within an ocean of swirling comprovisation. The augmentation of the jazz quartet with a 2-cello string quartet adds a richness to this sound that expands well beyond any "plus strings" arrangement. The improvisational chops of Mazz Swift, Jessica Pavone, Julia Kent and Shiau Shu Yu playing along side the rhythm section of Parker and Drake offers up a sound where the demarcation between improvisation and composition is evenly distributed throughout this large ensemble. Experienced within a single sitting as a feature-length work, this music churns through a wide swath of thematic materials without ever losing its edge. 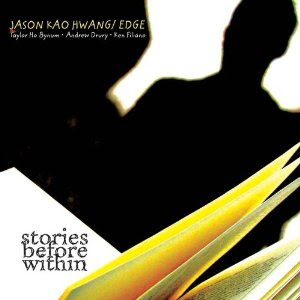 Jason Kao Hwang is first and foremost an amazing composer and arranger. It is upon this foundation that such a significant accomplishment as the music found on Stories Before Within is possible. He also happens to be an accomplished improviser and performer on the violin and viola. Throw in the talents of Taylor Ho Bynum on cornet and the rhythm section of Andrew Drury and Ken Filiano and Hwang has a perfect vehicle for exploring a startling synthesis of Asian musics with contemporary jazz and improvisation. The silken threads that binds this music together works flawlessly with the comprovisation approach to a music that blurs not just boundaries between global identities, but between pre-composed and improvised materials. Music that works on so many levels as this is rare and deeply compelling. Jason Kao Hwang's compositional prowess is one to watch for while his recorded output offers plenty to savor that reveals more detail with each repeated listening.

Posted by Unknown at 10:27 AM No comments: Links to this post

Diary of a Mad Archivist 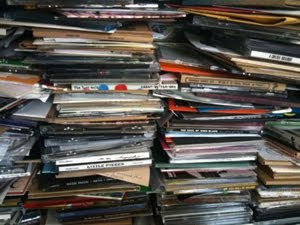 There has been relatively little reflection upon the medium of transmission on this blog. I've rarely weighed in on the state of the record industry, streaming media or the demise of physical media in favor of downloads. This is largely because the focus of this blog has been on the musical content. And also because I have become heavily invested in physical formats over the years. Still holding fast to the experience of listening to a single disc from beginning to end while perusing the information contained within the included booklets.

A few too many cross-country moves have driven home the sheer mass taken up by years of collecting as well as the perishable nature of any physical media. Accompanied by the failure to admit that there will never be enough hours in a lifetime to develop the intimate familiarity craved for so many thousand discs. But an undiminished passion for the musical treasures both known and unknown in the piles of discs remains.

The process of archiving this lovingly assembled collection has begun in earnest at HurdAudio. A 3-terabyte drive slurping up gigs of flac files for more than a month now. The very act of ripping each individual disc driving home even more forcefully the embarrassing abundance of creative expression. Reacquainting and rediscovering so many old and new treasures. Cursing and admiring the prolific output of Anthony Braxton and Sun Ra or realizing how substantial the 256 Cantatas of JS Bach are. I would not be surprised if the CD reader on the computer needed to be replaced before this is done.

In the end, one hopes that 3-terabytes will hold a complete collection. That a second 3-terabytes can back it up. That an increased fluidity of access can enhance the ongoing efforts to build familiarity with such a collection. How many profound musical voices and centuries of human artistic striving can practically vanish onto a platter of bits and bytes? The wilderness is more vast than any of us can really know.

Posted by Unknown at 6:30 PM No comments: Links to this post