HurdAudio Rotation: When The Spirit Catches You 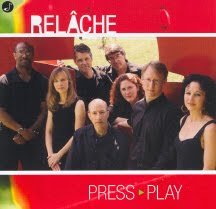 The program notes for High Octane describe a creative act interrupted by the events of 9/11. The mood of that work shifting to something much darker than its pulsating and light opening. Wing/Prayer is Guy Klucevsek's creative response to the collective experience of 9/11. The doubts about one's own voice and significance as an artist in the wake of shared tragedy followed by defiance. A sense of defiance is what both Mark Hagerty and Klucevsek converge upon in their response as thinking, feeling humans. Cynthia Folio's When the Spirit Catches You... taps into a similar defiance with a deeply personal work about her daughter's struggle with epileptic seizures. Taken as a whole, Press Play captures an expression of human warmth and movement in the face of debilitating tragedy. A sense and need for dance that prevails above and beyond schedule. The production values are amazing on this disc as well. Chamber music recorded with so much clarity that one almost feels like a member of the ensemble. 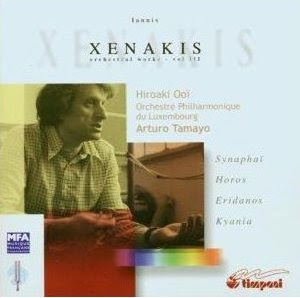 If the music of Iannis Xenakis did not exist it would have to be invented. There is such an inevitability to the sonic masses that he coaxed from large orchestral forces. Rendering in sound the inevitable forces of enzymes breaking down proteins, tectonic plates displacing mountains or the pock marked lunar surface that speak toward a scale of perception that exists well beyond human lifespans. And often inspiring the same awe in phenomena that exist with complete indifference to our own observation and understanding. Synaphai pits a field of stochastic energy fields against one another with the piano holding its own against the orchestra. Exquisitely dissonant and ugly music that enthralls. 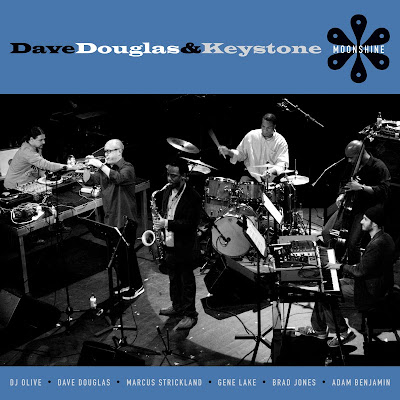 The connection between the music of Keystone and the silent films of Fatty Arbuckle takes on a new clarity with this disc. It's not just the films driving the formal construction of this music (a form that remains unseen in this format) or that these are updated soundtracks for old footage. In reality, I've had trouble reconciling the experience of viewing and hearing these at the same time. It's not that these work - or even need be regarded - as soundtracks. This is Dave Douglas taking a thoroughly modern, electric sound that draws upon the visuals and atmospheres of a particular strain of film making. The humor of Arbuckle finding a voice in this music as it careens wildly without ever becoming completely unhinged. This band is exactly what one would expect given the incredible musicianship assembled for this studio realization of music born from live experimentation. It grooves hard while still dealing out arrangements and melodic forms equal to the timbral ferocity of this material.
Posted by Unknown at 8:01 PM No comments: Links to this post 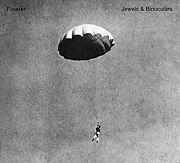 Jewels and Binoculars bring an incredible quality of musicianship to this recording. Almost completely without flash or shredding technique, this trio fuses together with an unhurried devotion to melody. Each improvised detail added into the delicate balance of a sound focused with loving detail upon the melodic materials of Bob Dylan. The sound on this disc opens up with all the awe and natural force of a flower reaching full bloom. Easily missed if one doesn't slow down to catch up to its beauty. Intensely rewarding when the ears take the time to focus upon its fragrance. 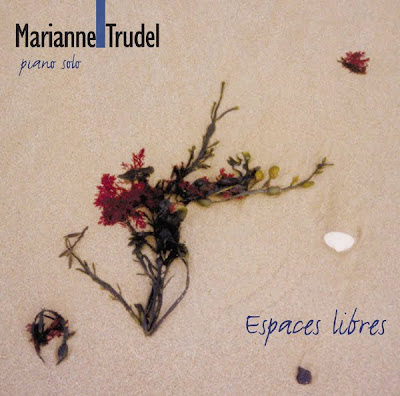 The first solo effort from this incredibly talented pianist. This set slants heavily toward short, lyrical realizations with a relentless inventiveness pulsating in support of her nearly flawless phrasing. With a scattering of free improvisations and light forays into the internal parts of the instrument as spicy interludes this makes for a satisfying listen with plenty of variety. Not lost on these ears is the polished, pleasant qualities of these melodic lines and subtle shifts. Marianne Trudel has great compositional and improvisational instincts and is easily a talent that bears watching.

A texture study inspired by Henry David Thoreau's work dealing with the mechanism of reforestation and the propagation of plant species. The three aural images presented here in 16-minute blocks offer up an acoustic reading of this composition followed by electronically manipulated versions of the same performance. The liner notes suggest that these may be heard as separate pieces or as three movements of the same work. Hearing them in order suggests an evolution from generation to generation as each successive version bears a strong resemblance to its previous take while exhibiting significant "growth" (or "mutation") with the increasing aggressiveness of electronic manipulation. Elliott Sharp's chamber compositions continue to be his most engaging material. Particularly as he finds ways to continually balance and unbalance the richness of acoustic phenomena against electronic means.
Posted by Unknown at 7:31 PM No comments: Links to this post 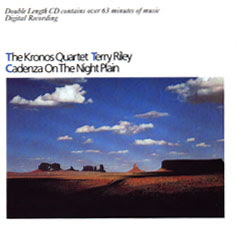 Few composers can take on the role of shaman and spin a fine yarn out of a chamber music ensemble. Right from the opening strains from Sunrise of the Planetary Dream Collector this is music that has held me in thrall for more than two decades now. It has often been my road music of choice on long journeys and has long since become one of those studio recordings that I'm completely bonded to. It succeeds in an area that Terry Riley never gets nearly enough credit: arranging. This is narrative, story-driven music that plunges the ensemble through some inventive turns with a rare ability to bring equal attention to the large form and small details of its construction. 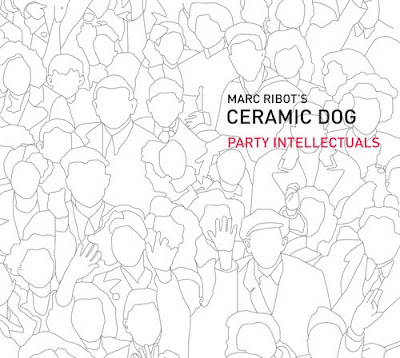 Setting the tone with a deviously un-Doors-like take on "Break On Through," Ceramic Dog sets out to bring equal parts party and intellect to Party Intellectuals. Along the way it delivers some wide ranging punches that frequently hit their mark with both fun and fury. A power trio that isn't afraid to surf or take a sideways stab at multiple genres. All of it with Marc Ribot's unerring sense of soul. 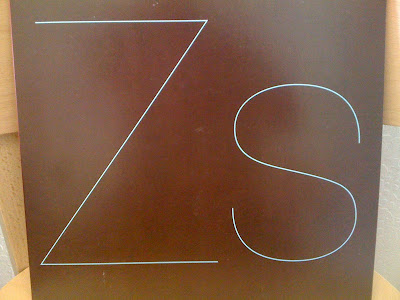 A quick dose of the manic precision and obsessive musical qualities of the Zs. The reinforced sonic dissonance of a garage band combined with the rhythmic tightness of a Berkeley student wood shedding in a practice module. The Zs demonstrate a compatibility of extremes. An aesthetic that finds humanity by keeping it tightly wound up.

Posted by Unknown at 6:50 PM No comments: Links to this post 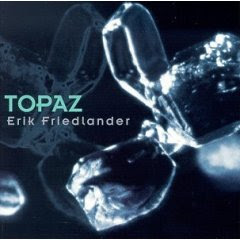 Erik Friedlander's highly developed technique and rich grasp of improvisation rarely gets nearly the credit that it deserves. He's been excellent for some time and his discography is well worth many listens. With this quartet his cello timbre weaves a vivid territory between the elastic electric bass of Stomu Takeishi (another player with mad technique deserving more attention) and Andy Laster's alto saxophone. And once again Andy Laster leaves these ears deeply impressed. He has been a standout talent on everything I've ever heard him on. The way this material balances against the rhythm section of Takeshi and Takeishi is another draw. 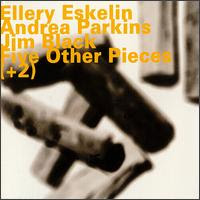 I've been living with this recording in my life for some time now and still find startling details around every turn as this great trio anchors their fantastic flights to a handful of "covers" before launching back into the stratosphere inhabited by tenor saxophonist Ellery Eskelin. This particular take on "The Dance of Maya," with Andrea Parkins pumping out its iconic harmonic changes on accordion, is as thrilling as any take on the McLaughlin classic as you will ever hear. What follows is a wide ranging journey that shows off the collective sound this unique ensemble has forged. The reference points of Tristano, Coltrane, Haden and Gershwin showing off an inventiveness that pulls the ear deeper into this music. "India" develops along a large arcing form long before the melody reveals itself. The sensitivity reserved for "Song for Che" fits both the reverence of its subject along with a faithfulness to the beauty of the composition. The "+2" compositions from Eskelin mark the point this trio drops all anchors and takes the listener into fresh territory. This is one disc that endures and documents this remarkable combination of players. 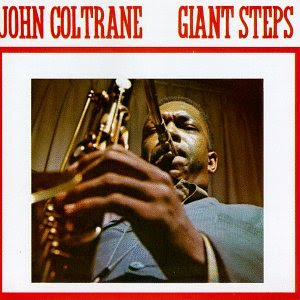 There are any number of reasons why this is one of the great jazz albums of all time. And all of them point toward John Coltrane as a creative musical force. More than half a century later the sheets of sound that cascade from his horn retain their spark. While "Giant Steps" has taken on a life of its own as the standard for wood shedding musicians looking to master the rapid fire bebop changes it is followed by so many great Coltrane compositions that have also endured multiple interpretations and tributes. Especially the beautiful "Naima" or my personal favorite; "Syeeda's Song Flute." The alternate takes on so many of these classics providing insight into John Coltranes improvisational approach with these great tunes. Each performance on this recording is definitive while these pieces feel open. The itch to work out one's own interpretation of these pieces is felt throughout this classic record.
Posted by Unknown at 9:45 PM No comments: Links to this post