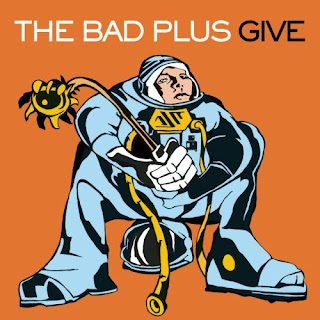 The Bad Plus brings a healthy dose of prog rock to the jazz piano trio.  They do it without spectacle or glamour or back up vocalists.  They do it with a sound that is grounded in both jazz performance history and ears wise to the multitude of genres of the past several decades.  A lot of focus has been given to their approach to covering popular tunes (co-opting is more like it).  Give does close out with a particularly inspired shade of Deep Purple's "Iron Man."  But the focus on the way they twist the familiar gives short shift to the inventive turns that each member of this trio brings to this set as composers.  Particularly the balance of serious versus whimsy that David King strikes with such gems as "1979 Semi-Finalist" and "Layin' A Strip For the Higher-Self State Line."  Rhythmically, this is an incredibly tight group.  Though they do display an ability to loosen things up a bit when taking on Ornette Coleman's "Street Woman" in harmolodic style.  They manage to turn in performances that are enormously polished without being anesthetized. 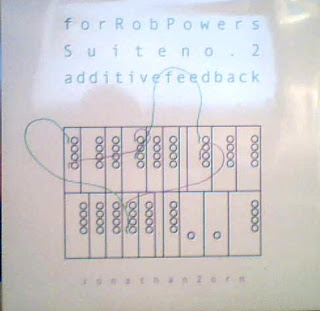 The first twenty minutes or so of this suite exists at the very periphery of human perception.  A single drone that changes dramatically as the listener moves their head relative to the speakers.  Not all speakers can produce this frequency.  When this psycho acoustically rich drone does change musically it comes as a jolt.  A barely perceptible, barely audible pure tone that suddenly changes frequency, amplitude and slowly becomes less of a single sine tone.  The remainder of this suite unfolds through a series of short movements that retain the singularity of this sound.  A near monophonic study that introduces more variation and improvised bursts of sound driven by the way electrons interact as a signal.  The texture and the form of this work presents a stark austerity of sonic materials.  Opening the ears to the expansive qualities of minimal source.

Tectonics was Elliott Sharp's foray into the realm of electronica.  Studio creations that work with groove centered materials with Sharp's own sonic sensibilities attacking the form and content.  Part of what makes Elliott Sharp's music so appealing to my ears is his cerebral instinct that prevents him from mindlessly jamming out over drum loops.  He respects the physicality of the musical pulse.  This keeps him from wandering into the pulse-less, anti-body territory favored by other cerebral composers and instead mines a relentless assault upon texture as grooves are assembled and dissolved through creative processing and jump cuts.  The end result is a music that would never survive within night club dance culture (his Tectonics releases were frequently criticized as "failures" for not crossing over).  But the flip side is that this is music that ages incredibly well.  And I'll admit to being stuck on this disc for a few days as I discover nuances I had missed on an old favorite of mine.  But the real payoff in listening to this set as a whole is the final three tracks: "Goomy," "Kargyrea" and "Errataka."  Everything that comes before them feels like it builds up to where those three pieces go.  "Goomy" artfully develops a bass line and beat that skirt dangerously close to ear worm territory.  "Kargyrea" then seamlessly picks up on the timbral qualities of "Goomy" and develops it further.  Then "Errataka" comes in and bulldozes the entire sound with an aggressive, drone-heavy assault.
Posted by Unknown at 4:38 PM