HurdAudio Rotation: Listen, This Is For You 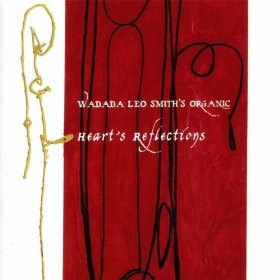 A double-CD set that leaves the ears hungry for more. Wadada Leo Smith carves out a sonic terrain with some unusual instrumentation. Pheeroan akLaff's drumming nearly takes on the focal point of this experience with a music that moves effortlessly between groove and free textures. The striking thing is how effortless the transitions are for the range of material covered. Each side of that rhythmic equation is so well balanced there is never a sense that one is merely setting up for the other. The eddies of space that Wadada Leo Smith finds for his understated trumpet solos line this music with several sonic gems. This small army of guitarists also leaves an impression. This is great material. Highly recommended. 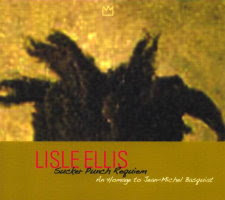 The collective image of the artist applying paint to canvas while listening to music is relatively common. The translation of sonic energy (be it be-bop or hard punk) to visual art is a relatively intuitive concept. With Sucker Punch Requiem we have a convincing reversal of this translation. With the art and irreverence of Jean-Michel Basquiat yeilding a concept record guided by the vision of bassist (and electronic musician) Lisle Ellis. The range of textures is startling. A range in the service of realizing the energy of the great graffiti artist. The materials of flute, piano, voice, electronics, etc. darting off with the spontaneous and calculated precision of a brush stroke. Music that stays true to its inspiration by retaining its controlled freedom. This is a record that stands up well to multiple listenings as it reveals layers with familiarity. 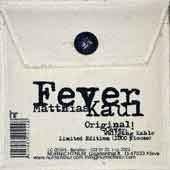 Five pieces for solo percussion conceptualized and performed with an intriguing sense of intimacy. Both with the materials as well as with the imagined listener. Listen, This Is For You opens and closes this set with the wide open gesture of offering this music as a gift. Yet it is the first part of that admonition - to listen - that is the most rewarding. The fragility of percussive sound giving breath to Amadeu Antonio Kiowa - a piece written as an empathetic response to the senseless murder of Angolan immigrant Kiowa at the hands of Nazi skinheads. Music as a human need for meaning and atonement in the face of the senseless. The shrill harmonic tones of Bachmann - played on the glass harp - as a fragility of sound from another timbre. The acoustically realized near musique concrete sounds of Fever exploring the fragility of amplification and friction. Each of these performances is both a solemn offering and a sincere articulation. Each piece has a nearly transparent compositional form that sustains the unfolding of sound.