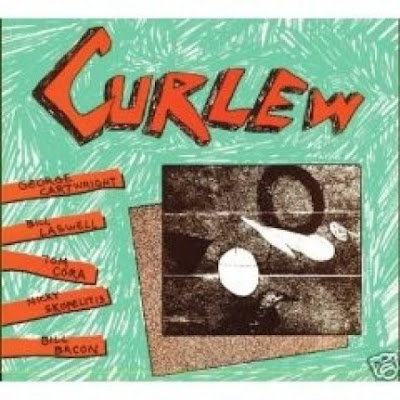 This double-CD re-issue from the Downtown Music Gallery is an incredibly valuable documentation of one of the key ensembles of the "downtown" New York scene of the early eighties. At a time when so many New York based ensembles were only timidly blurring musical boundaries, Curlew was forming a sound that aggressively confounded stylistic conventions. One of the few bands that could haunt CBGB's punk venue and the old Knitting Factory stage on Houston Street without altering their set. The surprising thing about this 1st Album is how fully formed the Curlew sound was right from this early incarnation of the band. The Bill Laswell and Nicky Skopelitis connection are a surprise to me. Though I can hear how Laswell's electric bass sound and influence would continue to reverberate with the band in the years and bassists that followed. Skopelitis clearly paves the way for the Davey Williams guitar freak outs a few years down the road. The Denardo Coleman connection on the Live at CBGB 1980 set is another surprise and another name to add to the list of jazz drummers who passed through Curlew. The melodic materials bear George Cartwright's stamp and would prove to be an enduring part of the Curlew DNA. Also, any chance to fill these ears with the late Tom Cora's cello playing is a welcome part of my collection. The electric bass sits a little too far into the foreground on the live sets. But that's a small imperfection on an otherwise outstanding documentation of this significant downtown staple. 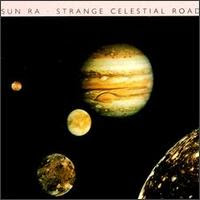 Evidence that the celestial being of Sun Ra was subjected to the gravitational forces and the energies of given time periods as the Arkestra emerged from the decade of the 1970s with something funky in their sound. And yet this is still the Arkestra as Sun Ra paints his sonic canvas with considerable skill with an ear toward the cosmos. Utilizing the size of the ensemble to constantly pull different instruments into and out of the focal point within a bed of luscious, funky sound. Sun Ra traveled a long road, he traveled the space ways and every vibration does reverberate with a heady mix that never loses its physical attachment to rhythm and melody. The groove cuts especially deep on this one as the familiar phrases and chants wash over and beyond. A fascinating, albeit brief glimpse into a specific moment of the Arkestra's evolution. 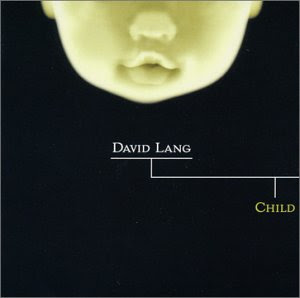 A minimalist meditation upon the biological formation of the human child in utero. At times delicate, and composed with a sweetness that suggests innocence. David Lang manages to tread just within the bounds of a sugarless sweetness. One without a sticky residue that wears thin with prolonged exposure. Sentieri Selvaggi gives this music a uniquely disciplined and human interpretation that flows with the gentle insistence of a babbling brook. Much of the counter-sweetness draws upon the compositional courage to allow repeated systems to remain static and untouched by Romantic inclinations. This is tender and beautiful music.