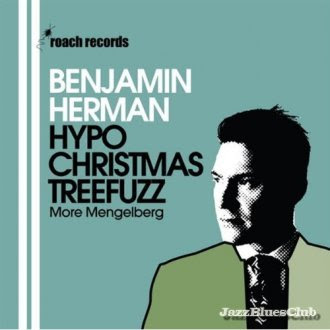 Misha Mengelberg looms large over the frenetically active Dutch jazz scene. His sense of humor and avant garde leanings have inspired a wave of expatriates and Europeans to build upon an improvised music with roots that span continents. Alto saxophonist Benjamin Herman takes the music of Mengelberg as a point of departure as he deftly spans multiple stylistic interpretations of the material. Revealing a body of work that is not limited by its avant garde origins and with an accessibility that is startling. Building a compelling case for Mengelberg as Amsterdam's answer to Thelonius Monk. The bonus disc features the Benjamin Herman Quartet playing a live set at the North Sea Jazz Festival with a music that follows the familiar contours of an ensemble feeding upon the energy of its audience. Guitarist Anton Goudsmit is startlingly good throughout these discs and clearly has the potential to be widely influential. Herman is wickedly talented and these are polished performances that could stand to veer a little harder "outside" for my tastes. 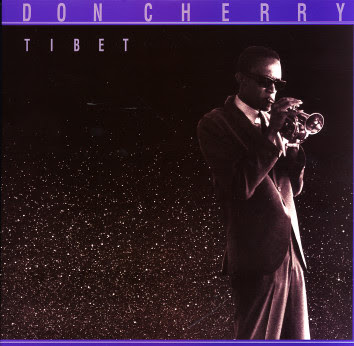 Just one of the reasons why Don Cherry achieved such a transcendent state as a creative musician was his ability to draw upon a global music without losing sight of the cultural strengths each brings to the sound. Tibet offers up a collection of pieces rooted in ritual and a spiritually grounded regard for place and sound. Qualities that Western music is notoriously poor at replicating. And the danger with fusing jazz, classical or any commercially viable genre with this kind of music tends to run the risk of treating the spirituality with superficial regard. Here, Don Cherry has created a record that draws the ears into the ritual and sense of suspended time that marks this sonic territory. There is very little trumpet and zero cliches of any given genre. The essence of improvisation is the only baggage he brings to this music and it succeeds with the grounded humility and honest listening that marks his approach. The role of repetition is particularly interesting here. As it bypasses the formal trappings of minimalism and presents a sense of reflecting the cycles found in nature. 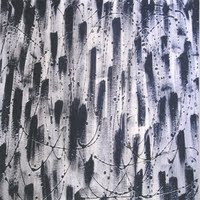 Experimentations in Minimalism is a showcase for Thomas Helton's compositional writing. Particularly his writing for wind instruments. With just a couple of tracks hinting at his substantial playing chops on the bass. The sequencing of tracks on this disc is interesting. Opening up with the bass front and center with "Selfish Shellfish" before giving way to the first of three "Pious" tracks found scattered through this set. Each "Pious" focuses on an ensemble made up of a single instrument type. The first featuring clarinets, the second trombones and the final track is a short "Pious" for multiple trumpets. "Experimentations in Minimalism" is a three movement suite for wind instruments that builds upon a delicate mix of short phrases and improvisation. These explore different ranges of the instruments with the final movement working within the bass to baritone range. The writing fits the instruments well and the piece thrives upon the simplicity of its internal logic. "FU&THYRIO" offers up a longer track that allows the full ensemble - and particularly the bass - to cut loose. Cathartic in the wake of the restraint found on the rest of this disc. If anything, these pieces could be a bit longer. But leaving the ears wanting more is hardly an unpleasant quality. Clearly Thomas Helton and the Houston improvised music scene that swirls around him deserves much more exposure.
Posted by Unknown at 1:09 PM