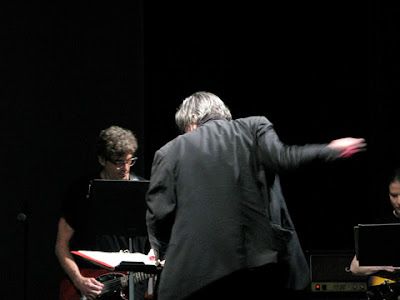 From Euridice: Playing in the Waves, E-U-R-Y-D-I-C-E, Orpheus at the Gates, Yes! Yes! Yes! by Toby Twining
Toby Twining Music

The Bang on a Can Marathon is a bit like having a friend over for an extended round of "check this out" as you rifle through your personal music collection to expose and share the excitement of a range of music you've discovered. Except that Bang on a Can does this with live performances and a dizzying array of players shuffling on and off a stage in an exceptionally well organized way. Bringing the full Sun Ra Arkestra on stage feels nearly as effortless as dropping in a CD or clicking on a track on iTunes. The music that unfolds over a 13+ hour span revels in an all encompassing regard for music from a multiplicity of creative impulses. The infectious enthusiasm and welcome exposure of "check this out" is meticulously preserved.

This was not my first marathon. And it will most certainly not be my last. I can't recall attending a better oiled machine of new music than this year's offering. It was remarkably smooth (running ahead of schedule for most of the day) and nearly every piece of music was compelling over an extended span. 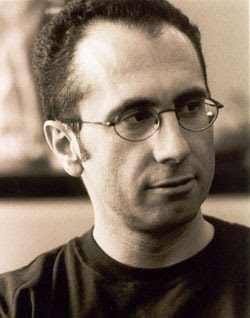 The most astonishing experience of the day came in the form of An Index of Metals by Fausto Romitelli. This was my first exposure to Romitelli's music and it delivered a prolonged intensity and density of ideas that provokes me to learn much more about his music. One could feel the energy of this well attended performance mirroring the other worldly qualities of this hour long piece as it built outward like an expanding universe. The dimensions of this music take on an unusual scale without releasing the ears. The Talea Ensemble and soprano Tony Arnold gave it a knockout performance.

The highlight of the marathon was Ensemble Signal's transcendent performance of Julia Wolfe's Cruel Sister. An amazing composition for string orchestra that transitions beautifully into a pizzicato section that depicts the sound of a harp. Julia Wolfe has a remarkable knack for drawing upon the language of over 50-years of minimalism to say something unique and non-derivative.

Also impressive was Michael Gordon's Exalted for choir and string quartet. A brilliantly composed work that builds its layers with descending, cascading lines in the choir against looping material in the string quartet. It takes on the feel of a prayer uttered through rhythmic pulse.

The understated, sonic beauty of Kati Agocs's Hymn performed by the Prism Saxophone Quartet was a haunting work that resonated with me. It explored the contrast between the independent instrumental parts within the timbral unity of the ensemble. It was one piece that could have been longer. A rare quality in new music.

Another shimmering beauty worth noting was Michael Harrison's Hijaz for choir, cello, just intonation keyboard and tabla. A piece that thrives upon its simplicity and Harrison's wisdom in allowing the harmonic qualities of the "Hijaz" scale to resonate. 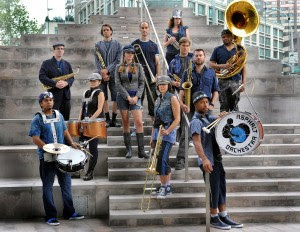 The energetic performances of the Asphalt Orchestra sprinkled through the marathon offered an accessible-yet-avant-garde take on the marching band. Bringing a refreshing mobility to this year's marathon that was later extended upon by the Sun Ra Arkestra - who have been playing with deft mobility within audiences for decades.

The marathon as a whole built toward a forceful conclusion toward a pair of established icons of new music: Philip Glass and Glenn Branca. Philip Glass performed Metamorphosis 4 on piano before being joined by the Bang on a Can All-Stars to play two of his significant early works.

Then came Glenn Branca with his arsenal of amplification and guitars. Closing out a long day of music with a loud foray into the rhythmic and sonic materials of rock and roll. Not to mention the "fuck it" attitude that oozes charismatically from Branca as he conducts 4/4 beats with surrealistically Elvis-like poses. His music is unmerciful and oppressively loud. And completely necessary. A dose of punk into a new music aesthetic that risks becoming too effete without such an open acknowledgement of beat and brutality.

There were only occasional hints that the World Financial Center Winter Garden is not an ideal concert hall. The acoustic challenges of what is essentially a large atrium within a mall were rarely evident. And for 13 hours it retained the intimate qualities of a living room as many performers took to the stage to reveal several wellsprings of musical inventiveness. The desire to commit the ears to every moment of the experience is rarely so richly rewarded.

Email ThisBlogThis!Share to TwitterShare to FacebookShare to Pinterest
Labels: Bang on a Can, concerts

Excellent summary. Nice use of language throughout.

Thanks for the review -- this is the best I have seen. It is great to have all of these links in one place. I was there for the whole thing as well. The pieces that stayed with me were the astonishing Romitelli and the surprisingly moving Glass performance. That and my heart leaping with joy as the Asphalt Orchestra kicked things off. See you next year.