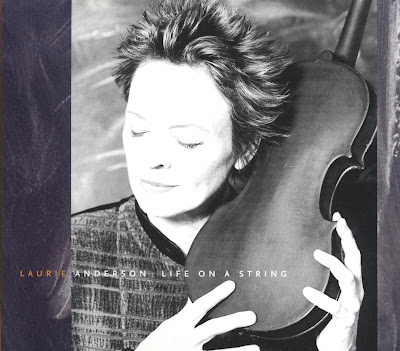 This particular Laurie Anderson collection - a "concept album" in its own right - has long been an aural fascination for these ears. So much of the Laurie Anderson language is present; the odd pauses in mid sentence, the down turn at the end of phrases, the unpredictable turns within an altered song form, and the sense of poetry and story telling swimming within each song. It's an approach that has yielded mixed results over a long career. From frequently excellent to sometimes puzzling. With Life On A String, Laurie Anderson has tapped into a rich slice of New York musicians. Many of them are the best in their field (in my opinion). And it's amazing to hear how they sublimate their talent toward realizing such an unmistakeably Anderson-esque sound. Then there is an additional layer of production. A thick layer that somehow rarely obscures the rich qualities of these quirky pieces. This is a perfect example of how to be over-produced without sounding over-produced. 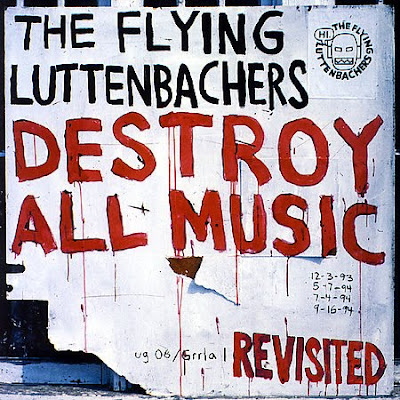 It is fitting that I now find myself inhabiting the wasteland of Chicago that the Flying Luttenbachers left behind in their wake. Though it was probably a wasteland before the Flying Luttenbachers waged their sonic warfare upon a social order that continues to sleep walk to the status quo. The sonic energies that Weasel Walter and his collaborators tapped into continues to reverberate through the late night venues of this town.

Destroy All Music was intended as a statement of my own frustration and alienation. I was angry about society, the sad state of culture, the emptimess of my wallet and the general ignorance and hypocrisy of the status quo. Not much has changed for the better! The syntax of this music is one of unmitigated dissonance and dischord. Padadoxically, balancing this ugliness has always been a furiously positive outpouring of energy that screams 'nothing can stop MY MUSIC!' In spite of the nihilist trappings, there's an underlying hope that destroying everything can somehow create a clean slate for the future to build upon. I still believe in this concept, but I'm waiting for it to happen beyond the scope of music...

- Weasel Walter, from the liner notes.

The Flying Luttenbachers specialized in revealing the significant overlap between brutality and honesty. The undeniable pull and cathartic necessity of unmitigated dissonance and dischord. Along the way this documentation of the band's activities around Chicago in 1993 and 1994 coalesced into Destroy All Music as evidence of a plateau realized within a collision of punk, jazz and noise experiments. A blistering instability captured on recording and available to inoculate one's ears and mind from the dishonest politeness of mainstream culture. 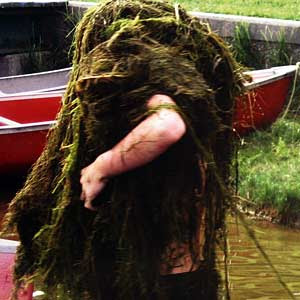 X.0.4 is a star located approximately 956 light years from Earth in the Lynx constellation and is generally only visible through a telescope. Not unlike the sonic universe inhabited by the trio of the same name. Sound folds in upon itself into a space of quiet amplification. Progression consisting only of a natural sequence of events captured through amplification. It is a tenuous, suspended state built up from carefully controlled feedback, slight excitations of guitar strings pulled into the foreground of a drone texture and the undulating shifts of a harmonic/enharmonic terrain. Music that pulls the ears toward the interior of the sounding bodies and electrical signals of guitar and amplifier to reveal a space previously unrealized. Beautiful and aloof.
Posted by Unknown at 12:59 PM