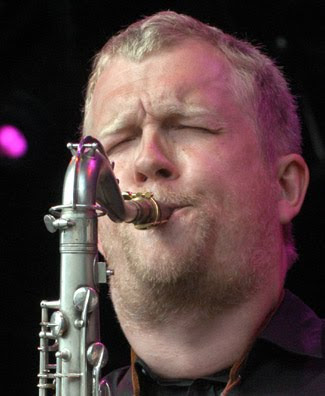 The energy and fluctuating forces of creative music continued into the second evening of performances at the Umbrella Music Festival as the celebration of European and Chicago improvisers concluded its stint at the Chicago Cultural Center. Jazz has truly become a music without hard borders and the quality and inventiveness of its European practitioners makes for a compelling counterbalance to the more conservative forces within North America.

The Chicago Luzern Exchange offered up a set of pointillistic free improvisation. Short gestures from the individual members of this quartet came together to form phrases stretched across the group as a whole as they explored a range of timbral variation through an extensive use of mutes and frictions. Marc Unternahrer's deft agility on the tuba was immediately striking. 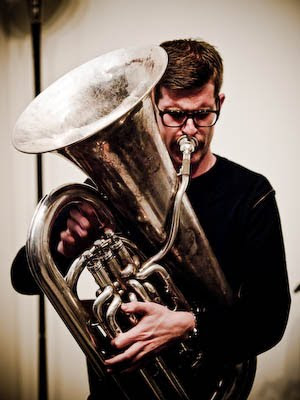 Waclaw Zimpel's set featured a collection of charts by the talented bass clarinetist from Poland. Anchored by the profoundly impressive rhythm section of Devin Hoff and Tin Daisy, this music occupied a bright spot along the jazz continuum. Zimpel's sense of form left plenty of room for exquisite cadenzas and codas as the occasional augmented second would appear as an aural expression of his geographical influences.

This was followed by a big bang of creative music expression in the form of The Long Run Development of the Universe down in the Randolph Street Cafe. The German and Dutch trio of Hubsch, Wierbos and Schubert served up an irreverent, theatrical and wickedly mischievous set that relied upon equal parts high energy and deep musical chops. Theirs was a reminder that relentlessly open and experimental music can also be whimsical and fun.

The highlight of the evening was the final set featuring the Fredrik Ljungkvist Sextet. A collection of Chicago all-stars at Ljungkvist's disposal as the ensemble played through his excellent charts. The combination of great writing with a high caliber of musicianship to back it up is a formula that rarely falls short. The transitions between ideas formed a series of waves as great solos and arrangements kept churning throughout the set.
Posted by Unknown at 12:30 AM