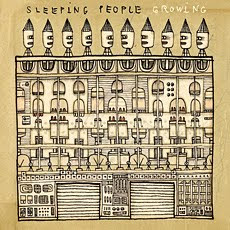 Sleeping People takes musical patterns as a building block and pieces together tight structures built upon oddities. Odd meters, odd juxtapositions and tightly fitted asymmetries. At the same time they also rock. Building these patterns with the instrumentation and sonic language of electric guitars, bass and drums they manage to scratch the cerebral itch without sounding rigid. Mining grooves that both confound and invite the tapping foot. I've been looking forward to having this disc come back around in the rotation and find that Growing has grown on me. If the world actually made sense these guys would be saturating the culture with this intelligent and inviting sound.

Tectonics is Elliott Sharp's deliriously off-center, thick and subverted stab at electronica. The result is vivid, intense and oddly somewhere between danceable and not. Heavily processed textures develop with Sharp's guitar work or tenor saxophone placing a welcome anchor in the sound. At other times it veers noisily without anchor into a collision of groove and noise. This music probably wouldn't show up in any club, it's far too listenable to bring a crowd to their feet. But what it does do is bring a welcome layer of grit to it's clean beats. 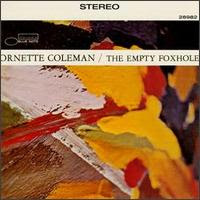 Denardo Coleman is Ornette Coleman's son. And at the time of this recording he was all of 10 years old. Which became the focus of this release when it came out in 1966. On the face of it, it is difficult to reconcile putting someone so young in with the greatest bass player in the world for a session with the prestigious Blue Note label. Billy Higgins he isn't. But then Ornette Coleman's trumpet playing isn't exactly Don Cherry. His violin technique is certainly unlike anyone else. This music does stand up to repeated listening. Ornette Coleman was working with a sound here. And that sound works with this mix of experience and youth. The contrast of Ornette's virtuosity on alto compared to the ragged qualities of his trumpet and violin playing do match the contrast of Charlie Haden's sure presence against the budding technique of Denardo Coleman. The whole thing has to be absorbed as a sound. Harmolodic playing isn't an exclusive club reserved for the extremely well practiced. It only demands a willingness to play from within and that's on here in spades.
Posted by Unknown at 12:00 AM