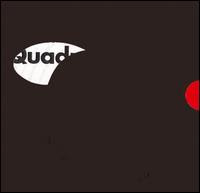 A thick dose of Elliott Sharp's sonic language stripped down to his solo guitar sound. The instruments used already have a unique sound long before they become stamped with the hands and mind of Elliott Sharp. Two pieces using a modified Godin Duet Multiac guitar. Two pieces on a Turner Renaissance baritone guitar and one using the Godin with a Max/MSP patch running as a live, responsive electronics effects processor on a Powerbook G4. It's not an accident that so many of the titles of Sharp's pieces bear the names of scientific phenomena. He explores sound and improvised realizations of sound like a mad scientist with a child like enthusiasm for often violent interactions operating at subatomic scale. And yet these phenomena are informed by the blues and a healthy respect for form. A sonic universe that is both informed without neglecting the blood and life that flows through it. 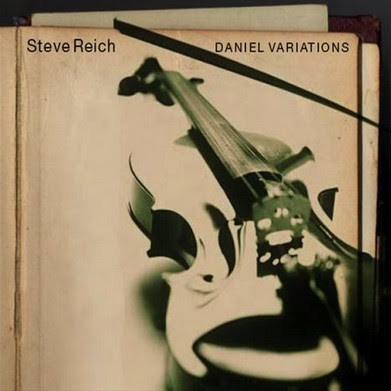 I recall hearing Daniel Variations performed at the stroke of midnight at the Bang On A Can Marathon concert a couple of years back and being struck by the humanity and the connective tissues of so many Steve Reich themes. And feeling that it was a compositional achievement equal to his incredible Different Trains. Both works draw upon Reich's Jewish heritage and identity and the way they intersect and respond to questions of mortality in light of religious intolerance and cruelty. While Different Trains provided a personal reflection upon the holocaust, Daniel Variations draws upon the short life of journalist Daniel Pearl. It is a moving tribute. The well defined sonic language of pulsing tonal centers underscoring the fragments of text drawn from Daniel Pearl's own words as well as the Old Testament book of Daniel. The vocal writing working the same mannerisms developed in Desert Music. But with a sharp focus on the contemporary environment of religious extremism that speaks far less generally than Desert Music's admonishment of mankind and its weaponry. There is a beating heart and a reverent gravity to this music that rises above the immediate fears of these uncertain times.

Variations for Vibes, Pianos & Strings is a less thrilling work. Without the allusions to real world events or personal expressions we are left with the narrow confines of Reich's abstract language. Orchestration is such a big part of Reich's sound. It often works to thrilling effect. But then there are pieces like this one that seem to show off its limited range. It's an enjoyable piece that feels incredibly cold in the wake of the passions of the work that preceded it on this disc.

Conduction is Butch Morris's developed language of improvised conducting. A set of gestures and hand signals that allows him to coral a large ensemble of improvisers into a single consciousness. A strategy for harnessing the orchestral range of timbre without losing the spontaneous energy of unfettered improvisation. In the hands of Butch Morris it works. The large ensemble nearly folds in on itself into a unified entity. Something like a cross between a one-man band capable of playing multiple instruments at once and a dog trainer using commands and gestures to direct the energy of a young pup to perform tricks. Conductions depend upon the quality of the improvisers. With Conduction 11 Butch Morris has an incredible resource to work with. One of the simple qualities of conduction that he uses often is the ability to start and stop the fire hose of noise with near uniform precision. The ability to mold, single out soloists and direct linear development is also clearly audible on this set. One can also hear the joy of having his methodology produce such promising sonic results as he "plays" this outstanding ensemble.
Posted by Unknown at 6:41 PM