HurdAudio Rotation: Filing Under not THERE 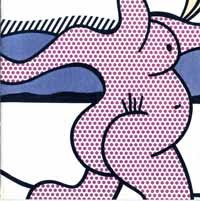 Nothing compliments a warm evening with the windows open like solo violin music mingling with the calm breeze. With John Cage the music often resembles nature itself as he plumbs a beauty of wild, abandoned spaces. The first two books of the Freeman Etudes are performed on this double-CD as Janos Negyesy deftly navigates a work that is both difficult and tranquil. The aleatoric details of this music are subsumed by a larger frame of time and soloist. The allure of this sound is found in actively listening without preconceptions about form and melody in much the same way one admires the stark horizons in an unpopulated and unfamiliar landscape, or the star-filled night sky that was in fact the generative source material for this piece. 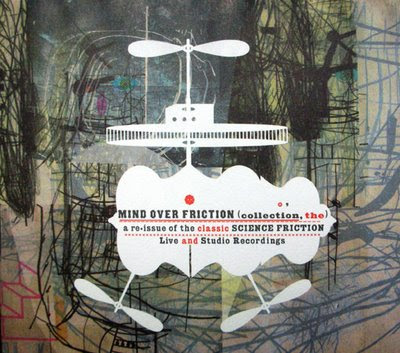 Expansive, free-wheeling music that could almost be described as "progressive jazz" if it didn't completely blur the unsteady lines that divide (and conquer) genres. Even the text in the packaging includes a "file under: not THERE" as a self-aware comment on the music found on these three discs. And this is music to submerge one's ears with the generous helpings of Science Friction's rough edges and twisting forms. This excellent quartet sustains long periods of intense creative playing into something defiantly consistent and beautiful through washes of odd transitions, angular melodic lines and mixed meters. It's a good place to start for the ear not yet initiated to the Berne sound. 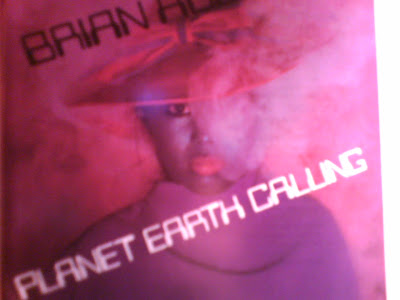 This is the third spin through the rotation for this disc and I've expressed disappointment each time. There is some good in this music. The band is excellent. And a number of the Brian Auger solos do in fact "rock." The sadness comes as the whole thing careens into the nausea of something between smooth jazz and disco. Too gentle and unchallenging on the ears to allow the rockin' musicianship to redeem the experience.
Posted by Unknown at 10:00 PM